Styrofoam is not biodegradable. It is a very common plastic found in uses such as food service or packaging – think coffee cups and takeaway containers – and even medical packaging and other storage uses. But what does this mean for the environment?

Styrofoam is a type of plastic that is definitely not biodegradable and can live in landfill for centuries, contributing to pollution and waste. Unfortunately, not everyone disposes of their Styrofoam in landfill either, and this can be toxic to wildlife on land and in the sea.

Styrofoam is a trademarked name for a form of polystyrene which has been ‘expanded’ into foam. Styrofoam is known by its rough feel and crunch it can make when crushed or cut. Styrofoam is often white in color and used in disposable items such as cups, coolers, packaging and storage containers.

The craft usage of Styrofoam – also known as polystyrene foam – is used for its stability, durability and ability to be trimmed or cut. It’s also used in applications such as flower arrangements and displays to hold sticks, flower stems, toothpicks etc. Some cake makers also use this material for fake cakes, layers or toppers.

Styrofoam is incredibly lightweight as its around 95 per cent of air. It also provides great insulation to contain heat or cold.

What Is Styrofoam Made Of?

Styrofoam is made out of ‘styrene’ which is a petroleum-based product or plastic. The styrene is then refined through polymerization (where the molecules combine to produce a chain of molecules – polymers).

A hydrofluorocarbon agent (a chemical compound made from hydrogen and fluorine that ‘blows’ the polymers) is added and then it’s extruded or forced out where it expands under pressure until it forms a foam board.

What all of this means essentially, is that Styrofoam is another form of traditional plastic made from oil and combined with carbon and hydrogen through expansion. 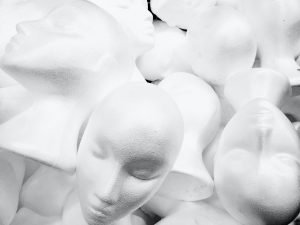 Are Styrofoam And Polystyrene The Same?

Styrofoam is typically known as products that are used for thermal insulation and craft applications. Other types of expanded polystyrene are known as EPS foam yet most people just refer to anything similar as Styrofoam.

EPS is made by using raw beads of polystyrene which are expanded using steam to become ‘puffy’ then cured in large bags and put into a mold. They are again steamed until they form a block of EPS foam.

Styrofoam is similar to a lot of traditional plastics when it comes to disposal methods or likelihood of recycling. This type of plastic is not recyclable, biodegradable or compostable and must be disposed of in landfill.

The amount of Styrofoam disposed of every day is shocking. It’s estimated around 25 billion polystyrene coffee cups alone are thrown away each year in the United States. This equates to around three million tons of polystyrene waste.

This means that each of these 25 billion cups will sit in landfill for up to 500 years before breaking down, contributing on a large scale to landfill pollution. The other 20 per cent of Styrofoam cups NOT disposed of in landfill – i.e. littering – can negatively impact wildlife, soil and sea.

If disposed of with your recycling, it will contaminate the whole batch and harm the recycling process. You can read more about biodegradable and compostable materials here.

Styrofoam is not only harmful to the environment in terms of landfill pollution, but it can also be harmful to animals, wildlife and humans. Styrene can leach when it comes into contact with certain foods and beverages. Styrofoam is not biodegradable.

This includes fatty or greasy foods, hot drinks or alcohol. It’s been spoken of as a human carcinogen, but more research is required. It has been seen in studies to be detected in 100 per cent of human tissue and breast milk samples.

If waste disposed of in waterways or the environment is eaten by wildlife, it can cause a choking hazard or other health issues leading to death.

It’s also estimated that Styrofoam in landfill releases methane gases with over 20 times the potency of CO2.

How Does Styrofoam Impact Waterways?

One of perhaps the most harmful ways that Styrofoam can impact the environment is when it is disposed of or ends up in waterways. Due to its buoyancy, it can easily float through waterways and into the ocean, contributing to the plastic issue in the oceans.

It can then break down into smaller pieces and sea life may ingest it and choke. It can also litter streets, beaches, clog storm pipes or sewers and impact other wildlife through choking or being caught in Styrofoam products.

What Are Typical Uses For Styrofoam?

Styrofoam is seen everywhere in everyday life, regardless of its negative impacts on the environment. It’s lightweight and durable, making it useful for many different products. It’s also incredibly cheap which makes it more appealing.

Some typical uses for Styrofoam include:

Food and beverage packaging and serving:

Insulation from drinks and food and building materials:

Packaging materials for shipping of products:

–          Blocks, sheets or custom-shaped packaging materials (think TVs and the like)

Water-based usage due to its buoyancy:

Is Styrofoam Worse Than Plastic?

Styrofoam has many uses, which can make it seem a better option than traditional plastics for certain products. This includes its insulation properties which are excellent for hot or cold beverages, insulation and the like.

The lightweight material and durability also make Styrofoam appealing for many uses. However, Styrofoam is not biodegradable and one of the worst plastics out there for the environment. It can be toxic, is harmful to wildlife if ingested and does not decompose in landfill.

You can learn more about the different types of plastic in this article.

In 2019, Costa Rica banned the use of Styrofoam as part of their plan to reduce plastic usage by 2021. This will see legislation banning the use of polystyrene or Styrofoam containers across the country. Other countries have also moved to ban the use of this plastic because styrofoam is not biodegradable.

Major cities who have banned the use of polystyrene food packaging include Chicago, New York, San Francisco, Oakland, Vermont and Maine. Countries such as China, India and Taiwan have also introduced legislation banning this substance.

In June 2021, 52 cities and towns in Massachusetts banded together to ban some forms of polystyrene.

What Alternatives Are There To Styrofoam?

With the increase of knowledge about the dangers of Styrofoam, it can be said that the best choice is to avoid it completely when you can. Opt for biodegradable or compostable alternatives or even reusable options.

There are food containers made from bamboo, cornstarch and other natural materials, there are reusable glass options for containers as well. Coffee cups are also available in biodegradable and compostable options (usually not the lid though) and also ‘keep cups’ which are reusable cups you can bring to your coffee shop.

Amazingly, mushrooms are also emerging as an alternative to Styrofoam packaging as they can be grown in molds and used within five-to-ten-days. It’s also renewably and 100 per cent compostable. The company Dell – computers – have started using this type of packaging for shipping.

Learn more about other plastic alternatives that can be composted right at home here. Styrofoam is a trademarked brand of expanded polystyrene used for anything from hot beverages and takeaway food to craft, cake decorating and building insulation. Although it’s durable and lightweight, it’s a terrible option for the environment because styrofoam is not biodegradable.

This type of plastic is known as toxic and contributes in large amounts to landfill pollution. When disposed of in landfill, it can take up to 500 years to breakdown. When disposed of through littering, it can be harmful to wildlife, sea and soil.

There are already many alternatives for everyday consumption available on the market. There are glass or stainless steel ‘keep cups’ for coffee, glass and steel food containers, bamboo and renewable material-based food packaging and serving items.

If you are interested in decreasing your use of Styrofoam, we encourage you to start looking at these alternatives. Not only are you protecting the environment, you can also get some great colors, patterns and designs to show your personality.

Look for alternatives in your day-to-day life and you will likely see a range of other options! Does An Eco-Friendly Plastic Bag Mean It Is A Biodegradable Plastic Bag? 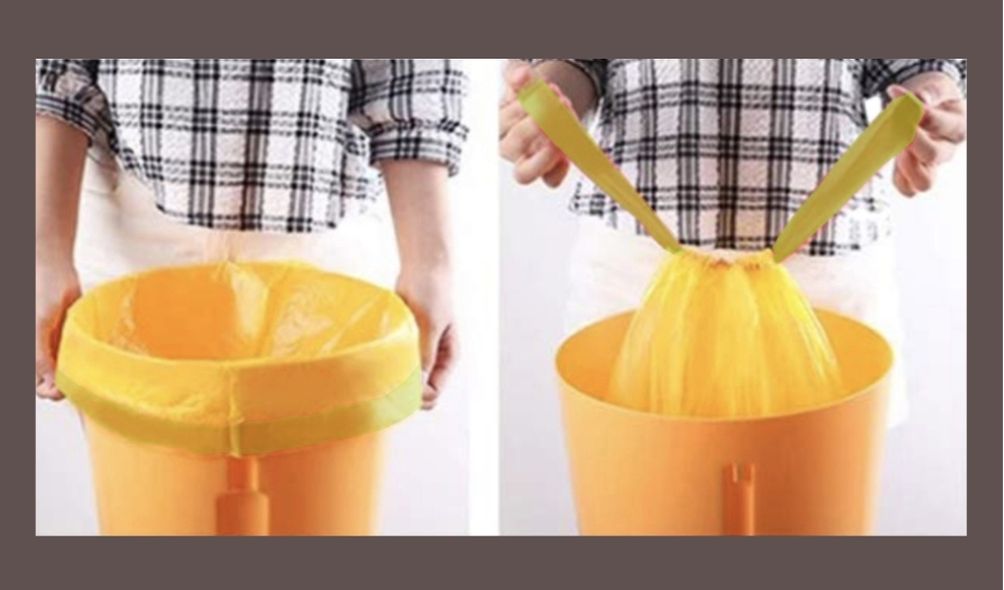