Traditional plastic is being hailed as a massive issue to the environment in that it doesn’t break down for decades or even centuries when disposed of in landfill. So why can’t we just ban all plastic?

We can’t make plastic illegal as it’s used in too many areas of our everyday life from manufacturing and medical implants to automobiles and construction. We can ban things in small amounts such as disposable food containers or straws, because they aren’t necessary and have easy alternatives.

When Was Plastic Invented?

Plastic – something we use everyday without even realizing it! You may sleep on a pillow or under a doona filled with some form of plastic! You live in a house with plastic components, you drink from a coffee cup with a plastic lid. Plastic is everywhere! So where did it begin?

Essentially, plastic was invented due to the scarcity of animal products used before for items such as combs, medallions, cutlery, piano keys and others. And so around the 1800s inventors sought to tackle this problem, looking to substances such as cork, blood and milk mixed with synthetics as well as cotton fibers mixed with vegetable oils after being dissolved in nitric and sulphuric acids.

Enter Alexander Parkes in Birmingham, 1862 – artisan turned chemist. He created and patented a new material called Parkesine – the first manufactured plastic that could replace ivory and tortoiseshell. His plastic was cellulose nitrate – as above, cotton fibers and vegetable oil.

Unfortunately, Parkes didn’t see mass success although many others took up his invention, with his former factory manager Daniel Spill and  businessman John Wesley Hyatt creating their own versions. Hyatt would later found the Celluloid Manufacturing Company in the United States.

This means that items like billiard balls, piano keys and combs could be replaced with synthetics. Fast forward to 1907 and Leo Baekeland created the first fully synthetic plastic called Bakelite. He had been searching for a substitute for shellac for the needs of the booming electricity needs in the US. Bakelite was perfect for electrical insulation.

This was due to the need for industrial success alongside military success. With scarce natural resources being important to preserve, plastic provided great substitutes.This era saw nylon – synthetic silk – created in 1935, plexiglass for aircraft windows also entered the market. During this time, plastic production in the US alone increased by 300 per cent.

The booming market still continued post war and we saw plastic taking the place of steel in cars, paper and glass in packaging and even wood in furniture. 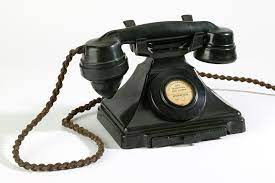 What Is Traditional Plastic Made From?

Plastic can be synthetic or biobased. Synthetic or traditional plastics are derived from crude oil, natural gas or coal. Most of the plastic in our everyday life is still synthetic due to the ease of the manufacturing process and the low cost.

There are three main steps in the manufacturing of plastic:

You can find out more about the different types of plastic in this blog.

When Did We Learn Plastic Was Harmful?

After the boom in plastics, there was some concern about the impact of plastics in the ocean. After the wide-scale use of plastics during World War II, people started getting concerned about plastic and the fact that it wouldn’t break down easily and be collected in oceans, on land and in rubbish heaps.

In the late 1960s, ocean pollution was becoming increasingly apparent and researchers started looking into plastics in the ocean. Scientists started noting marine life such as albatrosses and seals ingesting the items or getting stuck in them. Microplastics became a focus in the 1970s.

Unfortunately, the use of plastics didn’t decrease as it was beginning to be used for everything from takeaway containers and drink bottles to medical devices, packaging and building. Instead, companies started recycling programs and more education on consuming plastics wisely. The plastic resin identification code was developed in 1988 which led to the seven types of plastics and understanding which were and weren’t recyclable. In the 1990s, it was noted by researchers that 60-80 per cent of the waste in the ocean was plastic and they could see increasing amounts washing up on beaches and in harbors.

Why Is Plastic Bad?

There are many reasons that plastic is bad. Here are some of the key ones:

What Are The Advantages Of Banning Plastics?

The biggest benefit of banning plastics and switching to plastic alternatives is reducing your environmental carbon footprint. A typical plastic bag can take centuries to thousands of years to break down in landfill and so biodegradable or compostable plastic reduces this time vastly.

Some other benefits of banning plastic and switching to biobased include:

Read more about the difference between bio-plastics in this article.

What Are The Disadvantages Of Banning Plastics?

To put it simply, banning plastic isn’t possible because it is used in so many different areas of life. It would take many decades or centuries to replace plastic with viable alternatives. Whilst governments are able to ban plastics such as single-use (straws, cutlery, containers), it’s not possible right now for other plastic uses.

Other disadvantages can include:

Can Plastic Be Banned Forever, Completely?

Unfortunately at this point, banning plastic completely isn’t possible. Until there are alternatives for everything from building supplies and medical implants to water bottles and toys, it’s not possible to ban plastic in its entirety.

Traditional plastic is everywhere we look and has been in our world since 1862, booming from there through the two world wars for its ability to be used so widely. Unfortunately, as time went on, people began to see that plastic was invading the oceans and environment and not breaking down for decades or longer.

Unfortunately, plastic can’t be completely banned as it’s used in too many areas of our everyday life from manufacturing and medical implants to automobiles and construction. We can ban things in small amounts such as disposable food containers or straws, because they aren’t necessary and have easy alternatives.

Concerned consumers can make some switches to better the environment such as switching to biodegradable or compostable plastic carry bags, trash bags and pet poo bags. They can also use reusable coffee cups, food containers and drink bottles made from glass or metal. Who Is To Blame For The Plastic Problem?