With the existence of microplastics being studied more and more, and people beginning to be concerned about the impacts, scientists are exploring where microplastics are and how they are getting so widespread.

Microplastics have been found in table salt – the kind you cook with. This is leading scientists to explore more about whether or not microplastics in your salt can cause human health impacts and how it gets there.

Microplastics is a term used to describe very small pieces of plastic that end up in the environment – waterways, soil or rivers – resulting from incorrect disposal of waste or the breakdown of consumer products and industrial waste.

Microplastics are typically less than five millimeters long and can be harmful to marine life, soil and other wildlife on land as they can choke or poison animals, or leave toxic residue in soil or water.

As they occur from other plastics breaking down, microplastics can be from cosmetics, synthetic clothing, plastics bags, bottles or containers. There are two types of microplastics: primary and secondary.

Primary microplastics are microbeads found in personal care products, plastic pellets or nuggets used in industrial manufacturing or packaging, and plastic fibres you may find in textiles such as nylon fabric.

Secondary microplastics are formed from the breakdown of larger plastics which happens when plastics are exposed to elements such as waves, wind, or UV light. How Do Microplastics End Up In Our Salt?

Microplastics have been found in 128 brands from 38 countries of commercial salt. With commercial salt used every day by most humans, there could be potential long-term exposure for the general population as well as animals, in the water and air.

With salt primarily extracted from sea, saline lakes/rocks/wells and then produced in solar work ponds (salinas) through crystallization that occurs when exposed to evaporation and sunlight, these sources are filled with microplastics.

This means that salt once evaporated and crystallized from its original source can contain microplastics that were present in the water supply and remained in the final product. Microplastics end up in waterways due to the incorrect disposal of plastics or industrial waste.

They may also be introduced to the waterways through synthetic sandblasting, cosmetic formulations and textiles that contaminate water.

This also means they end up in seafood and salt that humans consume, animals humans consume and drinks that use water in their ingredients.  A study in 2020 found an average of 132 small pieces of plastic rained down into each square meter of public land in the western United States EVERY YEAR.

Are Microplastics In Salt Bad?

With salt being consumed by much of the population in decent amounts, the presence of microplastics can be classed as concerning. The impact on humans of consuming microplastics is not yet completely known and more research is needed.

Obviously, there are also impacts in the waterways the salt is extracted from, which can affect wildlife and marine life. Microplastics and other plastics in the water also pollute waterways and leech toxic residue.

What Does This Mean For Our Health?

The main pathway for microplastics to get inside the human body is ingestion of them through contaminated food or water or inhalation. A few known issues with microplastics in salt and other food include:

Read more about some of the potential impacts in this article.

What Can We Do About This Problem?

This may be through purchasing fabric shopping bags, switching to compostable plastics and not using disposable containers, bottles, cups or cutlery. This will result in less microplastics in the environment.

Read more about plastic alternatives in this article. With microplastics being found in 90 per cent of table salt across five continents, it’s clear that there’s a problem. It’s currently unknown what the long-term effects of exposure to these types of microplastics are, plastic is known to cause health implications in humans.

More research needs to be done, but in the meantime, people can choose higher quality or bamboo salt, and reduce their own use of plastics in their daily lives. Free e-Book to All Our Customers 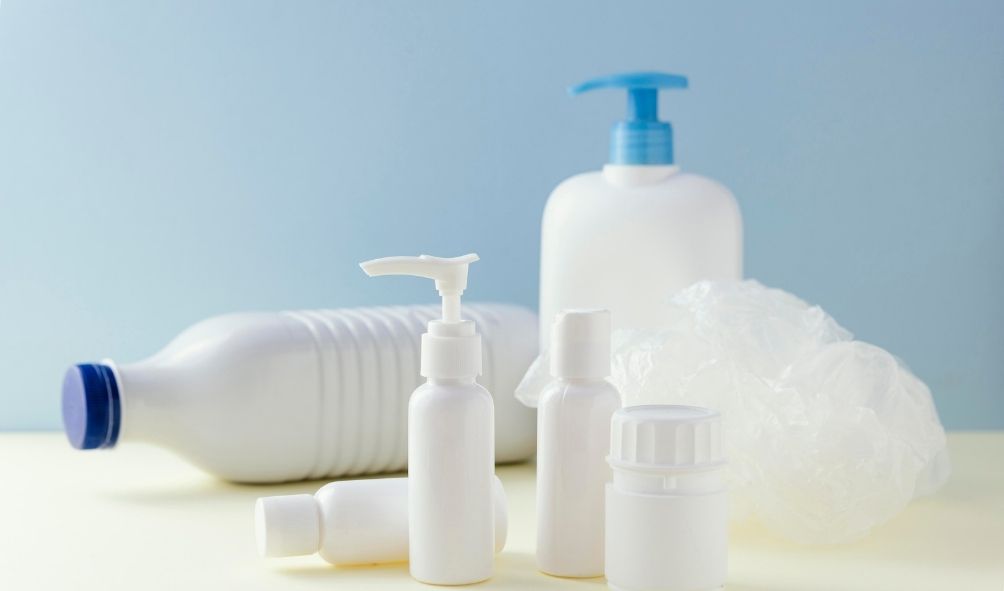 What Are The Different Types Of Traditional Plastic?
PRESS ESC TO CLOSE